​I am a Fully Insured Registered Practitioner with The General Hypnotherapy Register.  Certificate of Insurance, Qualification and Membership Documents are on display in my treatment room.

What Can Be Treated

My interest in hypnosis dates back to my childhood and seeing a stage hypnotist making people do silly things, but it didn't fully resonate with me.  As intrigued as I was there was something that just didn't seem right.  I continued to be interested throughout my childhood, teens and into adulthood by these acts, but there was still something that didn't feel right and that prevented me from wanting to pursue this interest.  Then the everyday aspects of life took over, mortgages, family life and despite seeing the occasional act on the television my fascination dwindled.  Even the popularity of a certain celebrity hypnotist, publication of never ending books and CD's on a host of different treatments did nothing to spark a desire in me to investigate hypnosis any further. 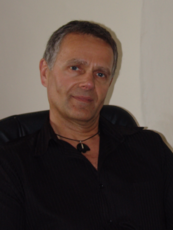 Then it follows that the only person that can possibly know the reason for our symptoms and ailments is our subconscious, not a Therapist or a Psychologist.  This is why I make no pretence of knowing the reason why the subconscious has seen fit to develop a symptom, but as the subconscious does know then it is my job to facilitate the exposing of the symptom, the root cause of it, and the subsequent, systematic, reinterpretation (the killing of the root).  Once the root is killed the symptom and all other connected issues will be disposed of, releasing the person to be who they 'Desire and Deserve to be.'​​

intrigued in hypnosis, but this time there was a terminology being used that was new to me 'Hypnotherapy'  and this intrigued me and I wanted to know more.

The principal foundations of Curative Hypnotherapy resonated so strongly with my own core beliefs, I instantly knew it was 'the missing piece' of the puzzle, the piece that was missing throughout my early years of intrigue in hypnosis.

It all made sense.  The subconscious runs the show, it controls our body's functions and everything we do without thinking, it's all governed by our subconscious; so, it's logical that it also creates any symptoms and ailments that we have.